I've had probably half a dozen ideas for blog posts in the last few days but can I think of any of them? No, no, I can not.

We've had several days above 30 degrees and while once upon a time I didn't regard 30 as hot, now I do. It's muggy and sweaty and relentless. Thursday was the Australia Day holiday, Friday is a non-working day for me and of course Sat/ Sun is the weekend so I have been at home, not in the air-con at work, not distracted.

In hot weather I drink a lot of "iced coffee" which is just instant coffee stirred into milk. Right now I have atall glass of pineapple juice left from Christmas. It would be better blended with ice and mint but I didn't think of that.

Milly won't lie on her bed in this heat but prefers the floor and has even taken to seeking the coolest spot instead of the one near me. I wondered if her old lady teeth would handle an ice bock and remembered the way Harry thought an ice block was just the bees knees, tapping his nose to the freezer door to ask for more as he cronched the last bits of the one in his mouth.

The teal and raspberry coloured kitchen I designed in 1999 is as serviceable as it ever was and not really showing it's age except that I suddently want something more subtle. After church this morning we went for gelato and I became temporarily obsessed with a blue/ grey laminex used in the ice cream shop. Do other people suffer from this thing where something that has been acceptable for decades is suddenly. just. not. right?

I'm liking this video. Sound on and sound off are two completely different experiences. I wonder which you like best?

I described my first job as sampling raw materials and that did take the majority of my time but I also sampled products mid-production. The lab would test them and sometimes an adjustment would be made.

To take the sample, I used a long stainless steel rod with a cylindrical receptacle welded to the end. It could be tricky at times to manage the long sampler and tip the contents into a small glass jar but I got the knack of it after a few tries.

One of the products we made was shaving cream and it was a bit unusual as it was made under vacuum. I don't know the exact methodology but the ingredients were placed in a vast stainless steel tank, the port was shut and vacuum was applied while the stirrer mixed everything.

On this day, the ladies on the packaging line started getting cuts on their hands. It wasn't random, they were all getting cuts There seemed to be something in the shaving cream that was cutting through the tubes as they were handled to put caps on.

I was called to take more samples and then the awful truth became clear. The lab confirmed that there were glass shards in the shaving cream. My boss asked if I could have possibly dropped a glass jar in the cream and not said anything. No, I assured him I had not.

At this stage, I had barely turned 18 and I was a little thing at just over 50kg. My boss, a good six foot and overweight was nearing 40 years old. I didn't think too highly of him but I didn't have a lot bad to say, either. He was just a figure who sat in his office looking angry and harassed. His almost daily shouting matches with the production supervisor were well known and if I'd been a little more savvy I might have realised that this meant neither of them had any significant leadership skills.

I went about my day. As the lowest ranking laboratory person, the issue of the broken glass was not something I needed to think about.

At some point I went to the warehouse under the building. It was a concrete cavern with a low roof and dim lighting. Only one man worked in there and he was often outside loading or unloading a truck.

Suddenly my boss roared out of the gloom to outright accuse me of throwing a sample jar into the shaving cream. This huge man was right in front of me, towering threateningly and well inside my personal space. He started telling me what might happen if a member of the public was cut by the glass I had thrown into the mixer. His fury and frustration were palpable.

It was scary and confronting but I held my ground. I knew I didnt do it and I asked him how the glass in the shaving cream was green when the jars I used were "water white"

Eventually, somebody realised that the viewing port into the mixer was green glass. It was also double glazed. The inner glass had been sucked from it's fastening and then ground into the product by the mixer while the outside piece of glass remained firm. The tank looked unchanged.

Even though the confrontation happened privately, everyone knew that my boss would have been happy to pin it on me and not investigate the real cause. I still remember the apology, he was washing his hands and he removed his watch and placed it on the edge of the sink, taking care not to look at me as he scrubbed his wrists and fussed with his cuffs. It was not sufficient to make up for what had happened but I didn't know how to respond and so I mumbled that it was ok and disappeared as fast as I could.

My daughter Caitlin was required to stay late at work last night and to sweeten the deal, dinner was going to be provided. The options discussed were: sushi from a chain supplier, sushi from a well loved local Japanese restaurant or Chinese take-away from the shop next door. Caitlin was voting for the Japanese restaurant. It sent me into a memory lane tour of work. (They eventually opted for chain shop sushi, just so you know)

My first job was at a pharmaceutical factory. It was a world away from the world we know today. There was a bundy clock where everyone would line up to punch in and out and a tea lady who kept the canteen tidy and made cups of tea for management. I wonder what else she did. She wore one of those blue tunic style uniform dresses with the zip down the front and large pockets on the side. The canteen was largest I have seen yet, with six or seven large laminated tables and a very big pie warmer. Most of the staff were new to Australia and would bring hot lunch of dishes from their homeland. Everyone stopped to put their lunch in the pie warmer first thing in the morning, then go to change into their factory whites and line up in the corridor to clock on.  If we didn't bring lunch with us, the sandwich shop down the road provided white paper bags which we could write our order on with money inside. The shop picked up the order bags and delivered the food just before lunch. As I write I realise that Uber Eats is really a backwards step from the simplicity and efficiency of that system.

At my next job, laboratory staff had a separate lunch room to factory staff so it was a much smaller room off the side of the lab with a single table and no pie warmer. Instead there was a mini oven with hotplates on the top. It stood on a cabinet next to the sink and was rarely used which meant we all assumed it was pretty much a storage facility and there was usually a large plastic salt shaker on top. You can see where this is going....a few times the oven was turned on and the salt shaker melted.

In that place, there were no bells or buzzers to announce break times and there was rarely more than two or three  eating together. Across the yard, in the administration building, there was a biscuit tin which was regularly refilled with Arnotts Assorted biscuits and if we were particularly lucky we would be able to grab a Scotch Finger before they were all gone. On a couple of occasions there was a barbecue, if memory serves it was to celebrate a particularly good month of production or sales. We enjoyed the break in monotony but looking back, a few sausages and bread rolls was a very small thanks for the hard work of the team who were doing heavy work in extreme temperatures and loud noise, probably destroying their backs and their hearing.

On a rare few Fridays a group of us would go to the local club for lunch, one of my colleagues was vegetarian which was not well catered for in those days (1990-91) especially in the outer suburbs. His vegetarian lunch was not even a menu item, he just ordered plain rice with soy sauce and chilli sauce poured over it. His on-site lunch was much better, every single day he made the same order : two cheese and salad sandwiches. No butter.

Email ThisBlogThis!Share to TwitterShare to FacebookShare to Pinterest
Older Posts Home
Subscribe to: Posts (Atom)
Eclectica is written on the unceded homelands of the Bidjigal people. I acknowledge their custodial relationship to the land and pay my respects to Elders past and present. 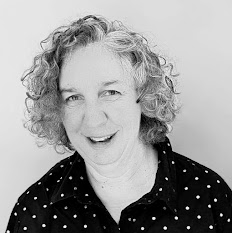 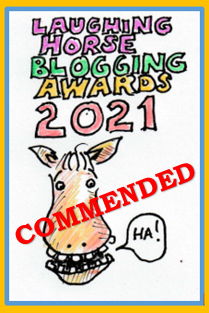