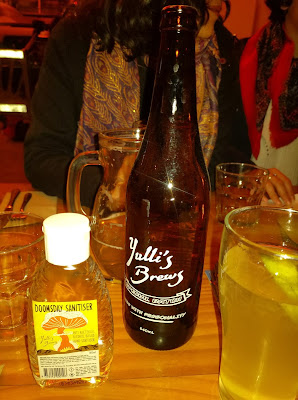 Brew and Hand Sanitiser would once have been an unlikely combination


I feel as though  I am busy but I don't know what I'm doing. I don't read blogs as often as I once did but what do  i actually do?
Covid has reduced my working hours to 10 hours/ week but it still takes me the same time to get ready and get there and get home again. Working 2 hours/day in an empty building is a funny thing, I seem to do nothing much at all but if I take a day off or have a few interruptions I am soon behind. If I think about it, maybe it's not such a mystery, maybe I feel like I don't do much because I don't do much. There's not much one can achieve in a couple of hours a day but there's also less room for distraction and there is plenty of distraction. People drop by for a chat or somebody comes in to do some work and a quick catch up soon cuts a hole out of the day......

I have watched quite a lot of tv lately, after loving "After Life", I watched another Ricky Gervais series "Derek". I loved Derek so much  I was intent on finding somebody else to watch it with me and dragged a houseguest along with me for a second viewing. My friend was not happy with the crass parts of the show but I think she was eventually won over by it's heart.  I should say Derek's heart.
Briony is home for the school holidays, which is lovely. I will be surprised if she returns to her country teaching post next year, it's a very long way from home and though she enjoys it, I don't think she enjoys it enough to be so far away.

Liam's wife Catherine turned 25 this week and we all went out for a birthday dinner at a brewery where we sat in the warehouse, alongside the bottling line and ate from a fully vegan menu. Who would have ever thought such a thing would become "a thing" 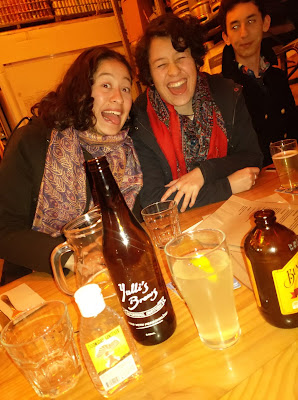 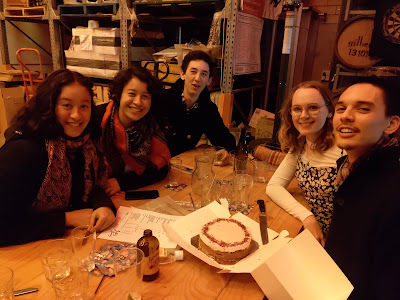