I've been on an actual road trip this time. Caitlin and I made the drive down to Deniliquin to see Briony, she'll be home for the holidays in a couple of weeks but I've noticed the last weeks of term are the hardest, when a visit from mum (and more importantly, twinnie) might be the difference between melting down and not.
The photos are in the order they uploaded so don't expect this post to flow!
Deniliquin has flowering fruit trees in the streets and it's very pretty this time of year. Funnily enough I saw an awful lot of flowering trees like this on the drive down. They weren't in gardens, just randomly flowering away roadside. I wouldn't recognise them without the blossom but I did recognise them and why were they there? Did the brds put them there? Were they relics of old, forgotten gardens? 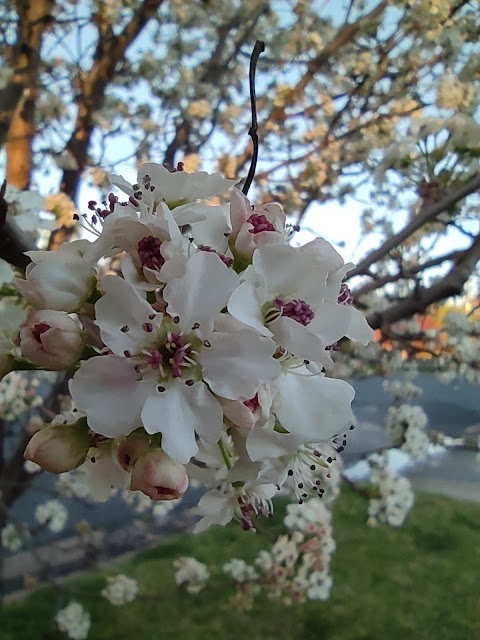 Harry came along for the ride. He's decided he really likes the car. He's almost seven so it's taken him to almost old age but it doesn't matter, so long as he's happy it makes our job easier. 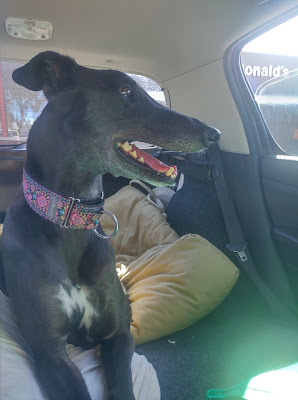 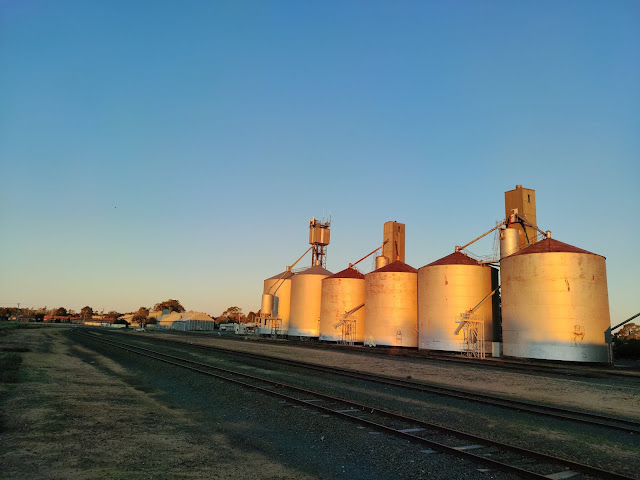 Briony was taking a photo of the water tower for me and hers was a better shot but I like her being in it! 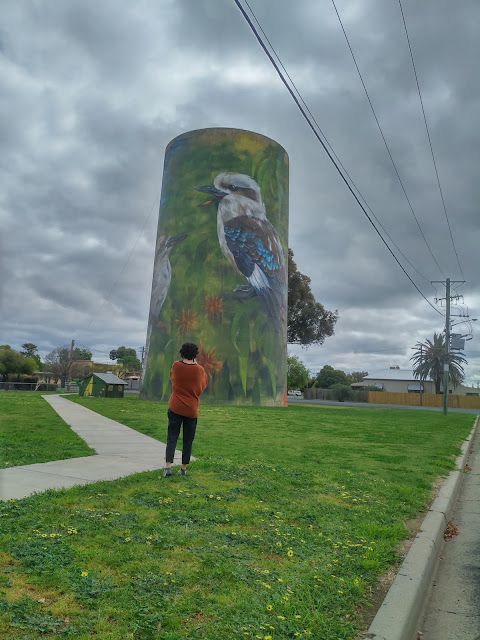 The courthouse. Quite an imposing building for a small town. Apparently it was designed for the town Deni was expected to become but it never quite grew to fit the courthouse. I struggled to get a decent photo but you can catch the feeling of it. It sits within park like grounds and has an old wrought iron fence. It was rather lovely. 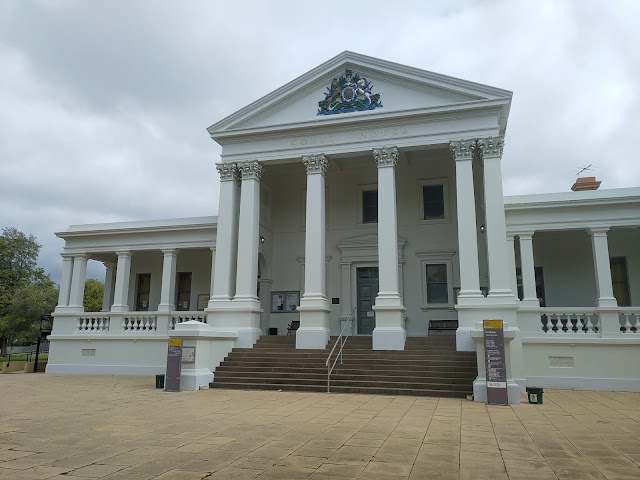 The Uniting Church. It had to be Presbyterian, once, I'm sure. The congregation uses a side hall and this lovely old building is only opened on special occasions. What a pity. 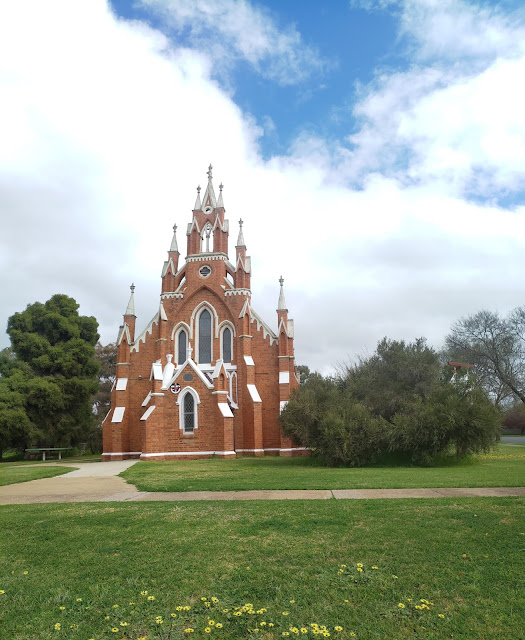 A coffee stop on the way home. I feel kind of rebellious when I use a Thermos. 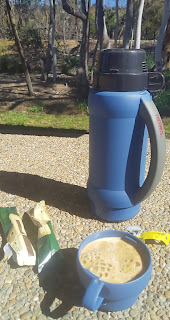 This one to give you some context on exactly where we went.